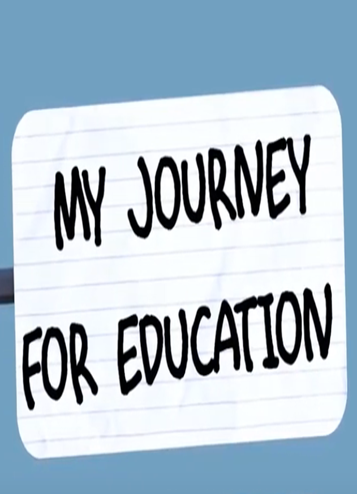 Young people from various organizations in the Netherlands will share their perspectives on school and education, reflecting on excerpts from the film by Merlijn Goldsack. Carolyn Gentle-Genitty will host this innovative Keynote Address. Click here to watch Merlijn's film 'My Journey for Education'.

Merlijn Goldsack is a young person who didn’t fit in the Dutch school system. He and his friend Linde Brinkhorst set about making waves, by making a documentary. In 'My Journey for Education' we learn that Merlijn has autism and couldn't be happy at school; he was at home for seven years. He wondered why others did go to school, so he asked his friend Linde to help make a documentary. So began ‘My Journey for Education.’ Merlijn and Linde went to the US to visit a young person who managed to go to school there even though he'd been considereded a 'thuiszitter' (home-stayer) when he was previously in the Netherlands. The journey continued to Finland where Tekla lives, a girl with autism who goes to a regular school. We see that Merlijn ultimately finished his degree as a 3D artist and has been building his own company specializing in 3D printing and models. He'd like to work with all sorts of people, with autism, ADHD, burnout, etcetera, to give them a chance for a steady future. Linde is now working on a new documentary about the 'leerplichtwet' (compulsory education law) in the Netherlands, asking questions like why 15,000 young people stay at home in such a prosperous country as the Netherlands, and how we can achieve an inclusive society of benefit to all.

JongPIT stands for Young Perspective, Inclusion, and Talent. Formed in July 2020, it arose from three different initiatives for offering perspective to young people with a physical or mental illness. JongPIT is the place for youths between 15 and 30 who have a chronic condition. To stay closely connected with their target group, JongPIT is run entirely by young people with a chronic condition. JongPIT works to ensure that youths with chronic conditions are in control of their lives. To do this, they strive for inclusion in society and want to make optimal use of young people's talents. Through their own experiences, the JongPIT team knows how to motivate, support, and offer perspective like no other. They put the interests of young people on the agenda of the authorities and ensure understanding among a broad audience. Recently JongPIT received an 'Appeltje van Oranje'. This is an annual award from the Oranjefonds Foundation for initiatives that matter.

The 'Self-Wisdom Advisory Council' (Adviesraad ÉigenWijsheid) was launched in June 2021. Before that, there were two groups working on themes related to education, namely The Number 5 Foundation of Princess Laurentien of Orange, and the 'National Action Committee for School Students' (Landelijk Aktie Komitee Scholieren, LAKS). These groups noticed that young people were often forgotten when policies affecting young people were being made. So the two groups joined forces, with the goal of bringing together a group of young people who had experienced stagnation in the education system and ended up staying home. Thus, the Adviesraad ÉigenWijsheid was formed, an independent council offering advice through the experiences and expertise of its young people. During their first year, the young people further developed the Council, building a sustainable community that connects and empowers young individuals, and creates opportunities for their voices to be heard.

"We want to show the world ‘Our Journey for Education’ and hope that our story can improve the school system in the Netherlands and anywhere. Because people with autism or other challenges are authentic and essential, they have potential to be part an important part of society. Unfortunately they drop out early due to a lack of customised support. Let’s make waves without losing water. (Merlijn & Linde)

"Everyone gets the chance to be part of a group. There are young people in each class at school who sometimes need something a little different from the others. When you explore the difference, you can think in terms of possibilities instead of someone's limitations. It is instructive for everyone to learn to deal with diversity. (JongPIT)

"We are a group of experience experts who advise organisations on the flaws of the education system, from the perspective of young people. The name ‘ÉigenWijsheid’ comes from a Dutch play on words, about being positively stubborn. It reflects how we as young people have to rely on our own wisdom to participate in education and in life. We have 11 goals, via which we're making waves to change mentality and policy for the better. (Adviesraad ÉigenWijsheid)